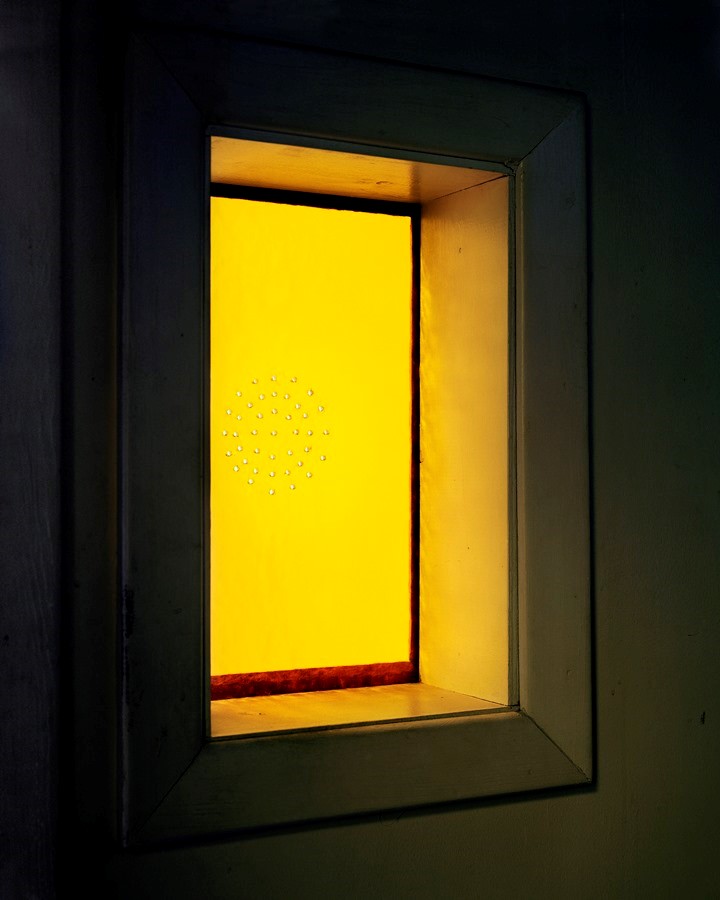 The Light Without and Within

‘When you go to confession on a Saturday night,’ Dorothy Day wrote in ‘The Long Loneliness’, you go into a warm, dimly lit vastness, with the smell of wax and incense in the air, the smell of burning candles, and if it is a hot summer night there is the sound of a great electric fan, and the noise of the streets coming in to emphasize the stillness.’ She wrote of the sounds you hear – ‘the sliding of the shutters of the little window between you and the priest in his “box”’ – and the difficulty of going to confession, which is ‘hard when you have sins to confess, hard when you haven’t.’ She concludes that going to confession is hard ‘because you are “giving yourself away’, but ‘if you love, you want to give yourself.’

As a queer woman raised Catholic, S. Billie Mandle recognises the sights, sounds and complexities of confession as described by Day. Not only has she been there and done that in her youth, but she has revisited those boxes as an artist to explore them as metaphorical spaces suggesting the complexities of faith and forgiveness.

In the time between, the practice of going to confession has fallen off within Roman Catholic churches as awareness has grown of the sins of some priests who, in some circumstances, used confessionals to groom those they abused. Those who gave absolution were found to be those who abuse and that revelation has understandably impacted trust and belief in the sanctity of confession. 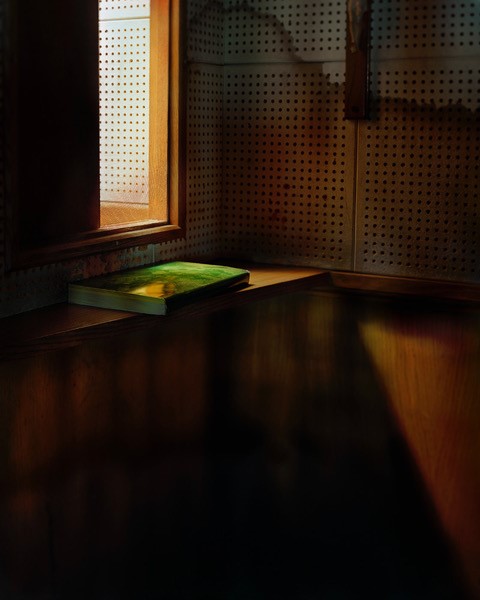 The confessionals that Mandle photographed over a ten-year period were pragmatic structures, often constructed with acoustic tiles, and more neglected than the churches themselves. Her images spoke to the beliefs that have defined these dark rooms and shaped this intimate yet institutional ritual. In the rooms themselves she found visible and invisible traces of people, communities, prayers and dogmas.

In the neglect of places and practices abandoned because of abuse, these seedy scruffy spaces that seem to share with us the shabby shame of sin, Mandle identifies the primary source of light and makes that the focus of her images. Light illumines and illuminates. In some images the light reveals the extent to which these spaces are rundown and gone to seed neglected. In others, the light irradiates the entire space transforming, changing, beautifying. 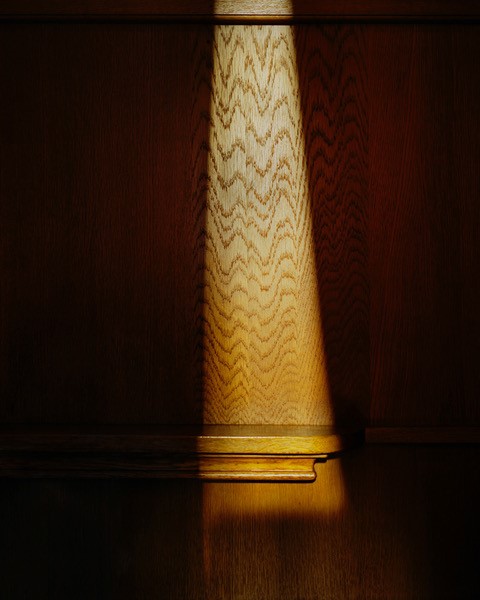 We look and look again because these images capture paradox. They interrogate us, posing questions about the depth of our confession and the illumination of our lives. The most sacred spaces are known as thin places because when the barriers between us and God are paper-thin that’s when people and places are lit up from within. Light within will only shine out through cracked or translucent surfaces. It is as we allow light to reveal our failings, fallibilities and flaws leading to acknowledgement, admission and confession that light within is then seen. Whenever we cover over those flaws, the light within is hidden and the light without can no longer penetrate.

In Mandle’s images light reveals and irradiates these boxes which contain both abuse and absolution. The paradox they capture is the human paradox. These images examine us and our institutions, asking whether we are those who cover up or confess.

S. Billie Mandle (b. 1978) is an American artist based in Los Angeles, CA, and Amherst, MA. Her work is internationally exhibited and published, including exhibitions in Korea, Israel and France, and features in Aperture and Cabinet. Her monograph, Reconciliation, was published in summer 2020 by Kehrer Verlag (Heidelberg, Germany). She is the recipient of fellowships from the Massachusetts Cultural Council and the New York Foundation for the Arts and was a finalist at the Hyères Festival de Photographie. She earned a BA in biology from Williams College and an MFA from Massachusetts College of Art and Design. Mandle is an Assistant Professor of photography at Hampshire College in Amherst.

Revd Jonathan Evens is Associate Vicar for HeartEdge at St Martin-in-the-Fields, London. Through HeartEdge, a network of churches, he encourages congregations to engage with culture, compassion and commerce. He is co-author of ‘The Secret Chord,’ an impassioned study of the role of music in cultural life written through the prism of Christian belief. He writes regularly on the arts for a range of publications and blogs at https://joninbetween.blogspot.com/.