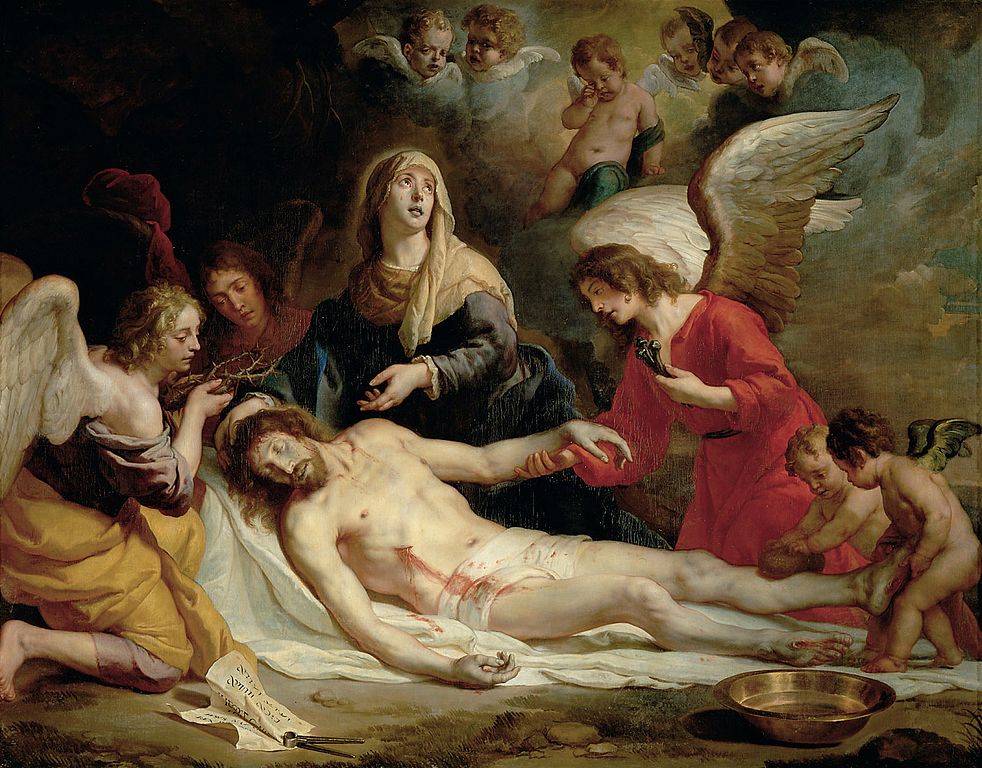 In the midst of my darkest hours of grief following the murder of my eldest son in 1992, God chose to use the medium of art to speak healing into my life. Several dark wintry days I haunted the halls of the Kunsthistorisches Museum in Vienna, Austria, crying out to God for help. I would pray and weep, begging God to tell me how I might go on living; how I might connect again with him; asking him to give me a reason to continue with life. Not having any artistic background, I was surprised how visual art pieces began to work in my life as answers to these prayers.

Initially I was simply trying to find a place to hide myself and stay out of the cold, snowy weather. I was so distraught that I could not stay within the four walls of our small flat. As I walked the museum hallways, there were many paintings that broke through to take on great meaning for me. The first were depictions of war and destruction, which clearly mirrored the devastation of my soul. But, over time, the paintings of the Passion of Christ drew me. These paintings, especially when they included the Mother of our Lord, spoke of God’s love, care and understanding. I did not know the names of the artists or the paintings. I only related to the subject matter and the beauty of the presentation.

In September 2019 I returned to the Kunsthistorisches Museum to find the paintings that meant so much to me 27 years before. As I entered one of the galleries, I was arrested by one painting and began weeping, as I had so many years before. This painting was the Lamentation of Christ by Gaspar de Crayer (1584-1669).

The artist is a Flemish painter, well-known for his Counter-Reformation altarpieces and portraits. His style was heavily influenced by Peter Paul Rubens and, later, Anthony van Dyck. Towards the end of his life, his art became more emotionally loaded and dramatic. It was in this last period that Lamentation of Christ was painted.

I have meditated on this powerful painting and sought to understand why it was of such importance to me in my time of deep grief. Clearly I identified with Mary, as she grieved for the death of her son. The realization that Mary had actually witnessed the murder of her firstborn was deeply touching to me. Even today any depiction of the Pietà reflects my experience and touches my soul.

The three angels at the forefront of the painting spoke of God’s care and tenderness to my son as he died. Depicted here, the ministering angels are sent to care for the body of Christ and prepare him for his burial. This struck a deep chord in my experience. On Sunday 22 September 1992 I was suddenly burdened to pray for our son who lived in California, while I sat in a church service in Vienna. I did not know why or how, but I went to prayer, relying on the Holy Spirit to make intercession for me. Later I learned that it was at that exact time Tim was killed by three shots to the back of his head and left dying in an abandoned parking lot.

For so long I could not understand why God would call me to prayer—which I obeyed—and yet my son was killed. It was in seeing this painting on that cold December day that God confirmed that he had not ignored my pleas or abandoned my son. He was present during that horrible scene of death. He sent his ministering angels to give my son grace to die and then took him home to heaven.

The final aspect of this painting that broke into my grief was one of the small angels or putti in the clouds who wept as he viewed the body of Jesus. The incarnate God-man had been killed by his own creation. Heaven cried. . . and I was comforted by a God who entered into my grief and cried with me. This was a comfort beyond any other.

I cannot prove what the artist’s motivation or purpose was for this painting, but God used the creative gift of the artist to reach into my broken heart and speak of his love and care. Such is the power of art and the numinous presence of God.

Gaspar de Crayer (1584–1669) was a Flemish painter known for his many Counter-Reformation altarpieces and portraits. He was a court painter to the governors of the Southern Netherlands and worked in the principal cities of Flanders where he helped spread the Rubens style. Read more

Dr. Dianne B. Collard is a long-term missionary and creative catalyst. She serves as the Europe Director for Artists in Christian Testimony International and the Founder/Director of ArtsCharlotte. She serves on the Executive Leadership Team of the Arts+Europe Round Table. She and her husband currently live in Charlotte, North Carolina, USA. Dianne’s original book, I Choose to Forgive, was published in eleven European languages. Website: www.montageinternational.org